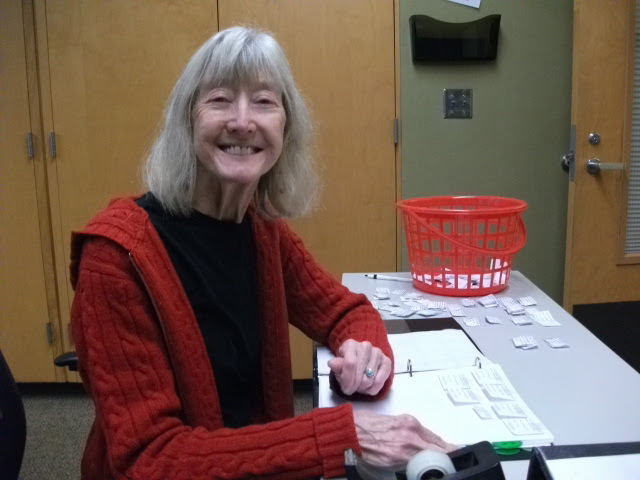 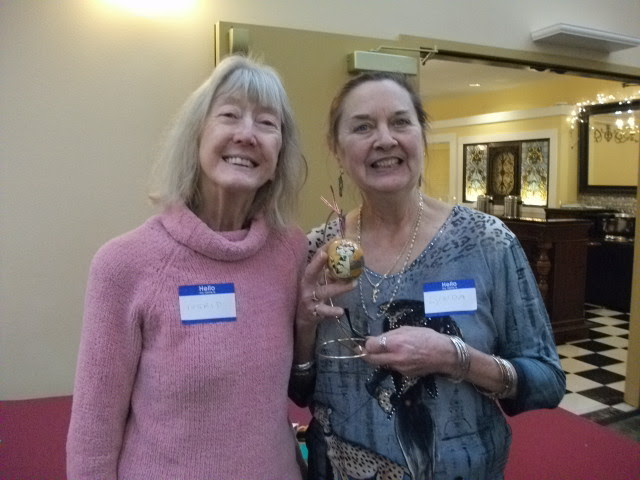 This month’s Kudos Korner contribution was given by multiple members of our Board:Ingrid joined the Oregon City Arts community in the late 1990’s and continued to work with the Oregon City Festival of the Arts after the commission was closed. In 2007 Ingrid Aubry was one of the founding members of the Guild, and she has never stopped contributing to the success of our organization.  Her contributions include the Three Rivers Artist Guild logo which has been an emblem of Art in Oregon City for almost 14 years. Ingrid has also always been TRAG’s go-to person for almost all of TRAG’s postcards, flyers newspaper ads and posters. Her offerings include graphics for the Oregon City Festival of the Arts, the Gallery, the community art events, and the Gallery Artists receptions – just to name a few.

As an artist in her own right, Ingrid excels in all forms of photography. Her favorite medium is photocollage mixing whimsy and vibrant colors into a unique creative piece. Look at Ingrid’s photocollage works of the OC Arch Bridge or the St John’s Bridge (highlighted on TRAG’s website in May) and you will immediately recognize it as Ingrid’s. Here is an artist who has indeed found her voice. Ingrid’s many accolades include the cover of the Around Town Chamber of Commerce magazine for 2020 and displays at both the Museum of the Oregon Territories and the End of the Oregon Trail Museum. In addition to Oregon City’s own local exhibitions, Ingrid currently has an image that was chosen by the Orange County Center for Contemporary Art in LA. This in fact is the second time they chose one of her pieces! Go to Ingrid’s website to see more of her work at  ingridaubry.com .

Please give Ingrid a shout out for all her work and dedication for TRAG – we would not be where we are today without her!

Open Your Free Online Gallery
on TRAG Website
Have a gallery already and need to make changes? Here is how.

Not a member yet? Join now!